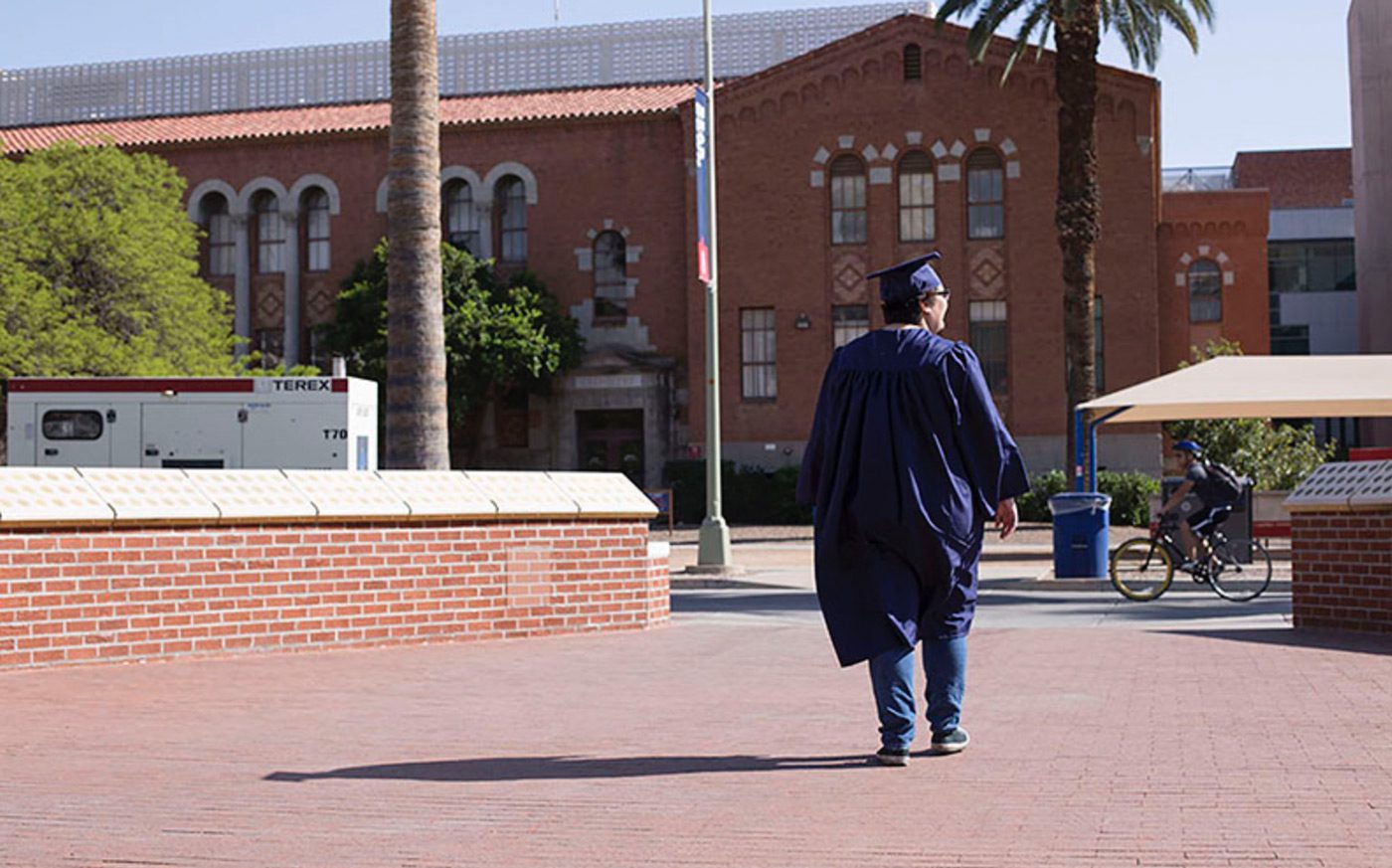 WASHINGTON – A broad-based group of political, business and immigration leaders rallied Wednesday to drum up support for Proposition 308, the ballot initiative that would guarantee in-state tuition for any Arizona high school graduate, regardless of citizenship status.

With an estimated 2,000 undocumented students graduating from Arizona high schools every year, backers of the “Yes on 308” campaign said it’s just “smart policy” to remove obstacles to their education.

“Some people might not agree, so we are also saying let’s do the right thing from an economic standpoint for our state as well.” said Paul J. Luna, president and CEO of Helios Education Foundation. “These students being educated is going to be a greater contributor to the success of our state.”

At least 22 states currently allow state residents who are undocumented to pay in-state tuition at state colleges, but Arizona is not one of them. State residents voted overwhelmingly in the other direction in 2006, approving Proposition 300 by a 71-29 percent margin.

Proposition 308 gives voters a chance to reverse course this fall. If approved, it would allow anyone who graduated from an Arizona high school, after having attended in-person for at least two years, to get in-state tuition regardless of their immigration status.

The initiative was approved by state lawmakers in 2021 with a handful of Republican votes. Because it was sent to voters as a ballot initiative, it was not subject to veto by the governor.

The Yes on 308 coalition that launched Wednesday included business groups, civic leaders, education groups and elected officials from both parties.

Mesa Mayor John Giles said at the kickoff that it is “very anti-intuitive to try and strengthen our workforce, at the same time putting up barriers to these great young Americans who are very anxious to participate in that American dream.”

Giles, a Republican, said approving Proposition 308 would “remove unfair obstacles standing in the way of these kids’ dreams.”

That theme was echoed by others at the event, who said investing in undocumented students would be investing in the future of the state.

“They are an asset, they’ve earned it and I think we should all support them and vote yes on Proposition 308,” said David Adame, president and CEO of Chicanos Por La Causa, of recipients of Deferred Action for Childhood Arrivals protection.

Adame said that one DACA recipient in five is trying to get a higher education. He also boasted about how undocumented immigrants have contributed to the economy in the 10 years since DACA was enacted.

“They have contributed in their current jobs over $25 million to Medicare and the Social Security system,” he said at the campaign launch.

While it cannot grant in-state tuition to Dreamers, the Arizona Board of Regents has given them a slight break on tuition over out-of-state students. Undocumented residents who graduated from an Arizona high school currently pay 150% of the in-state rate at one of the the state’s three public universities.

That can still be steep for undocumented students: Aliento, a DACA advocacy group, estimates that undocumented Arizona students would pay about $16,500 a year in tuition compared to more than $11,000 for other in-state students.

Luna said that means many students “based on their immigration status are forced to pay higher tuition which for many is unattainable.”

If approved by voters, Proposition 308 would take effect next spring. Giles said it is the right thing to do.

“They’ve been educated in our schools, raised in our churches, they play on our kids’ Little League teams and given back to our communities and help build our state’s economy in countless ways,” he said.